What is Bless Unleashed?

Bless Unleashed is a fantasy MMORPG that is currently available to play (in its open beta state) on Xbox One. Choosing from a selection of genders, species and classes, you create your perfect hero before jumping into the world of Lumios to start your adventure.

Before you say anything, I am not going to call Bless Unleashed the Dark Souls of MMORPGs but it does have a sort of Fable vibe to it (in all the best ways) for the story, humour and a few mechanics. Although if I had to compare it to anything for art style, I would definitely say both myself and chat (when streaming) got some heavy Final Fantasy vibes (again in all the best ways) when seeing the Ippin and several other character designs.

Don’t get me wrong though, for all the ‘seems like’ comparisons, there are a lot more unique aspects.

Can you give us an idea of the story?

Having awoken from a terrible nightmare on the island of Telarion (your home). Late to your island’s festival to the god Teleos. It is not long before your idyllic island is shattered with a full on assault by the worshippers of The Darkness.

Narrowly escaping the carnage with the help of a mysterious foreigner and his pet griffon Griff, you set out towards Carzacor to find allies and information on what exactly happened.

Were there any survivors?

What is The Darkness?

Can this threat be stopped before it spreads?

But fear not, Carzacor is but the tip of a sprawling and fascinating land you have only dreamed of venturing out into since you were a child.

What species can you play as?

What classes can you play as?

Berserker - Fearless and bloodthirsty warriors that wreak havoc upon the battlefield with the aid of two handed weapons and a can do attitude.

Crusader - Tis but ye olde do gooder from many a fantasy realm. Armed with a sword and shield they balance attack and defence well as they fight to unite all lands for the greater good.

Mage - Masters of the arcane arts, tamer of the elements and fuelled by endless amounts of power. The mages are skilled in many forms of the more magically themed combat arts.

Priest - Vessels of the gods, able to call down both mercy and wrath. The priests are lore keepers and preachers. Roaming the land they seek out those that would have ill will to those that inhabit Lumios.

Ranger - Whether you be looking for a scout, a spy or an archer. The ranger is your go to class for long range combat with flair. Traditional, straightforward and deathly efficient.

Do you have the trailers to show us?

When will it be released?

An official date is yet to be given for the full game release, however, you can currently play the Xbox open beta for free between the 07th November and 21st November (2019).

What platforms is it going to be available on?

Currently only the Xbox One console.

Who is behind Bless Unleashed?

What do you think of the BETA so far?

Bless Unleashed is an Xbox One MMORPG that will no doubt rock the socks off of any MMORPG fans. Not only is it beautifully designed, the combat and mechanics handle well. The exploration was fun and the story missions that I have personally played through so far, had engaging stories and brilliant cut scenes that simply sucked me into the story, offering high levels of immersion.

The sheer scope of customization on offer, from the simple male / female gender choice, to species and class is also refreshing as you can tailor everything from tone of voice to physical look, fur patterning and physical build like muscle density and height of eyebrows. Customization does not stop there though as not only can you pick and choose your armour and weapons, but also customise them through the use of dyes, enchant them with various special abilities and upgrade their stats at special work benches.

Above are some examples of different automatically generated styles of Ippin you can select to play as. 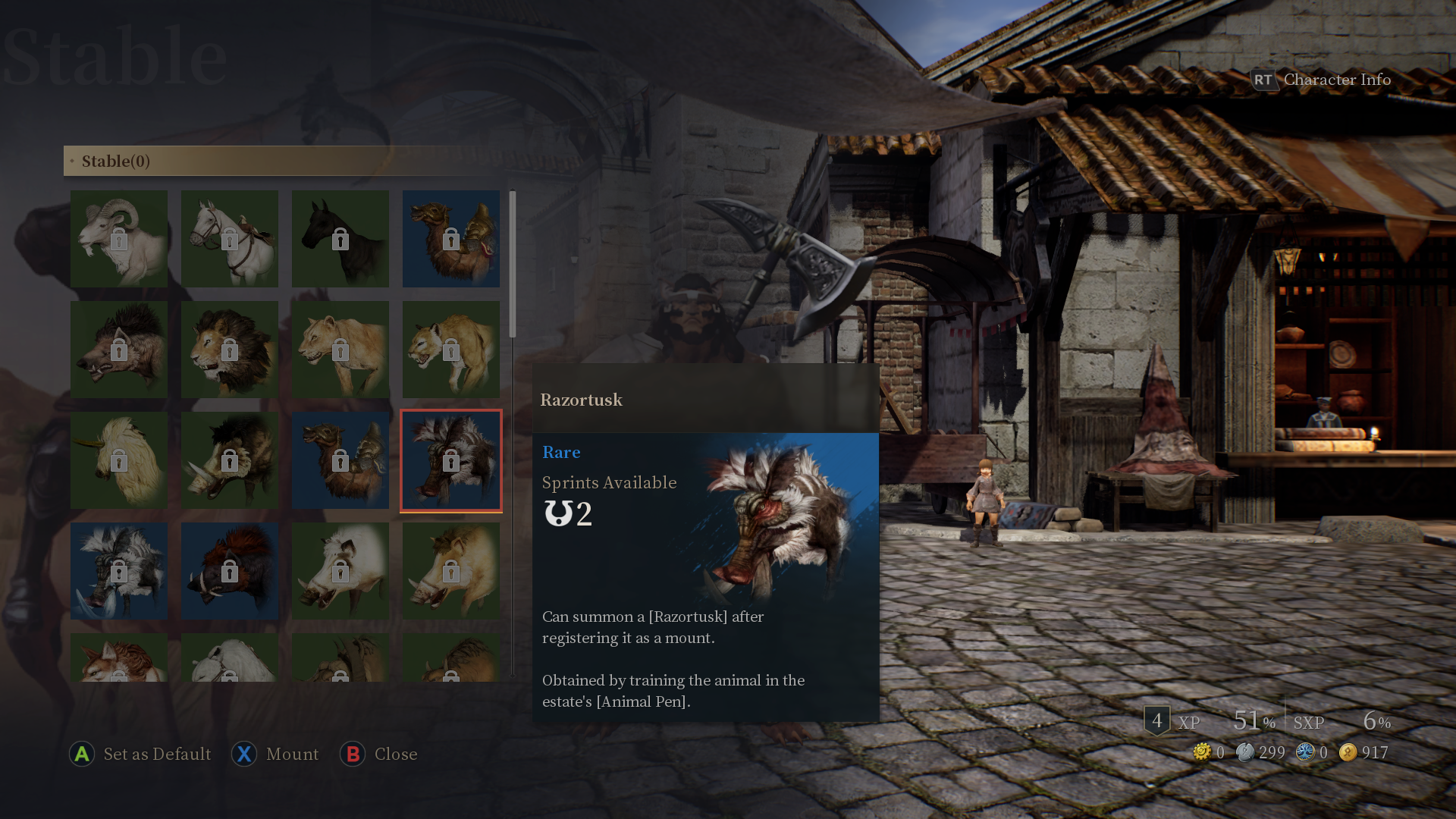 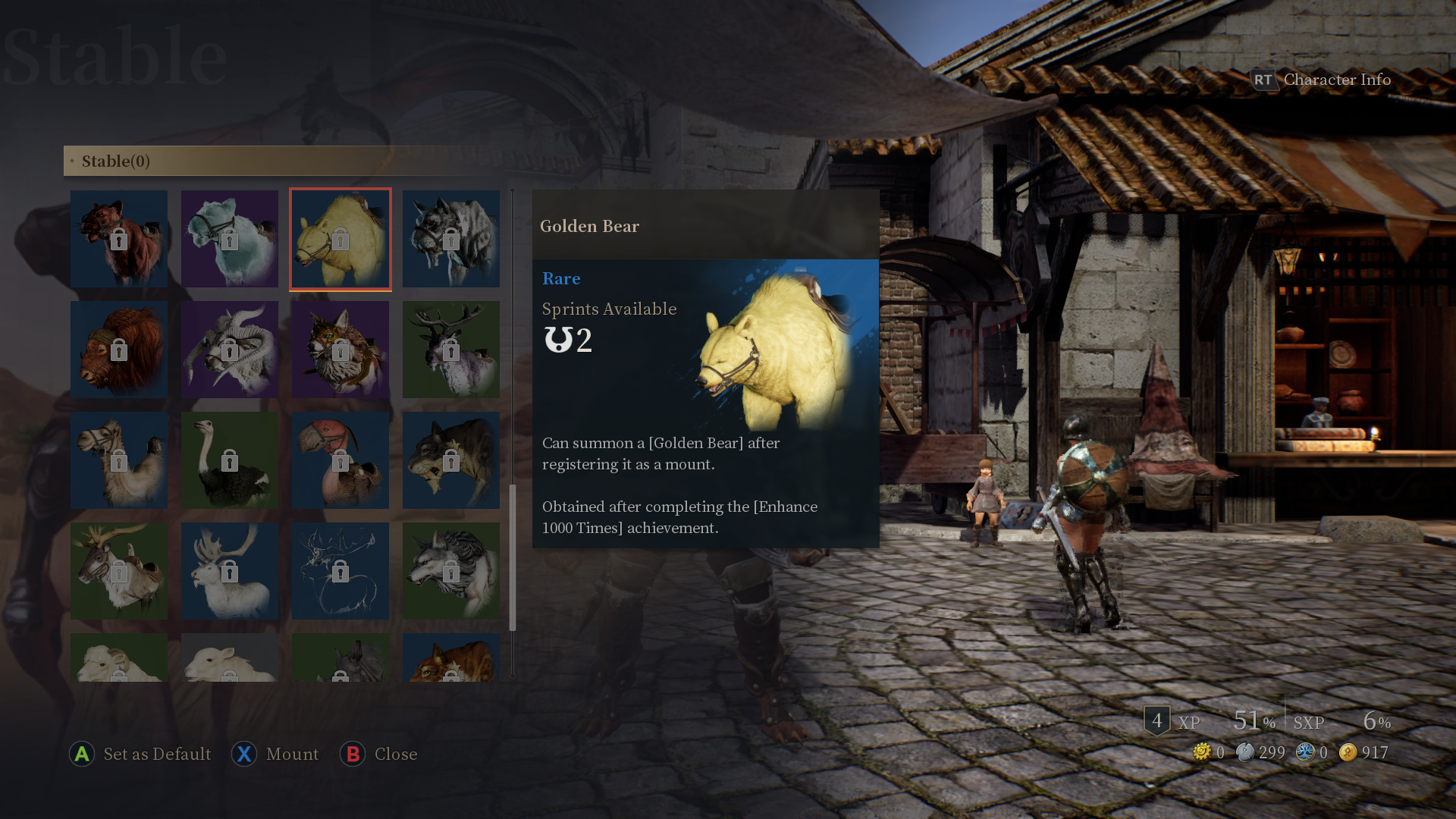 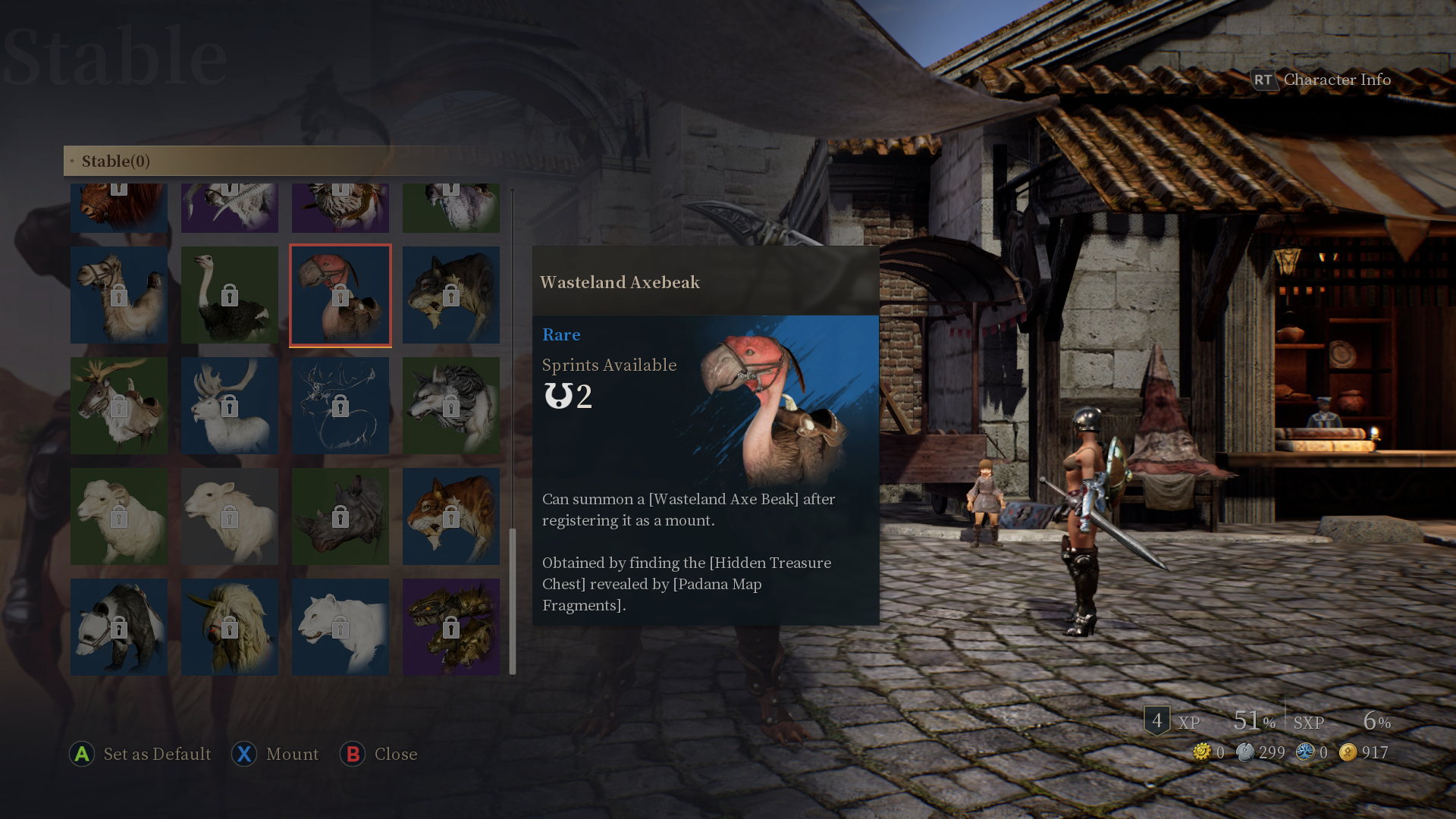 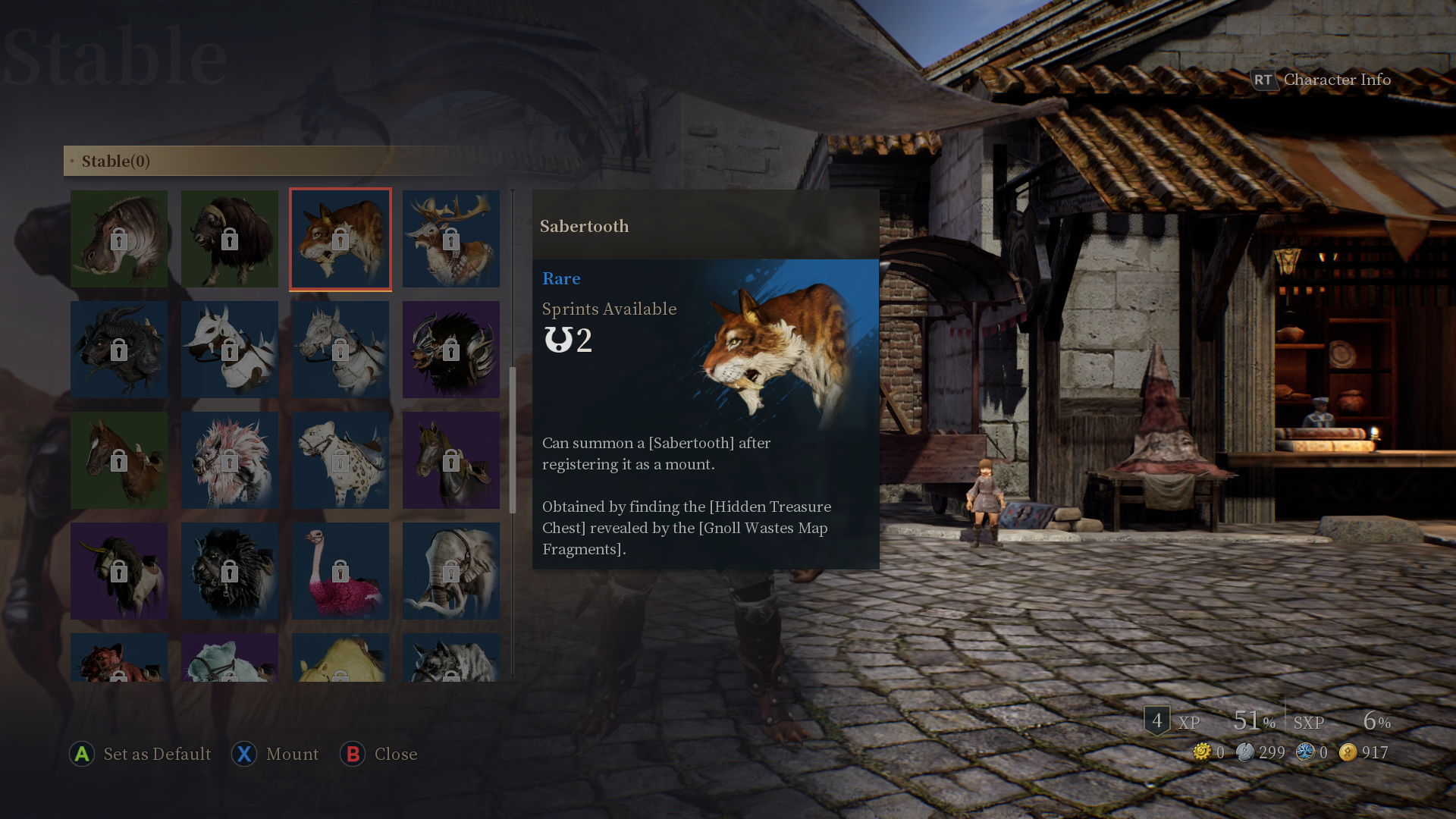 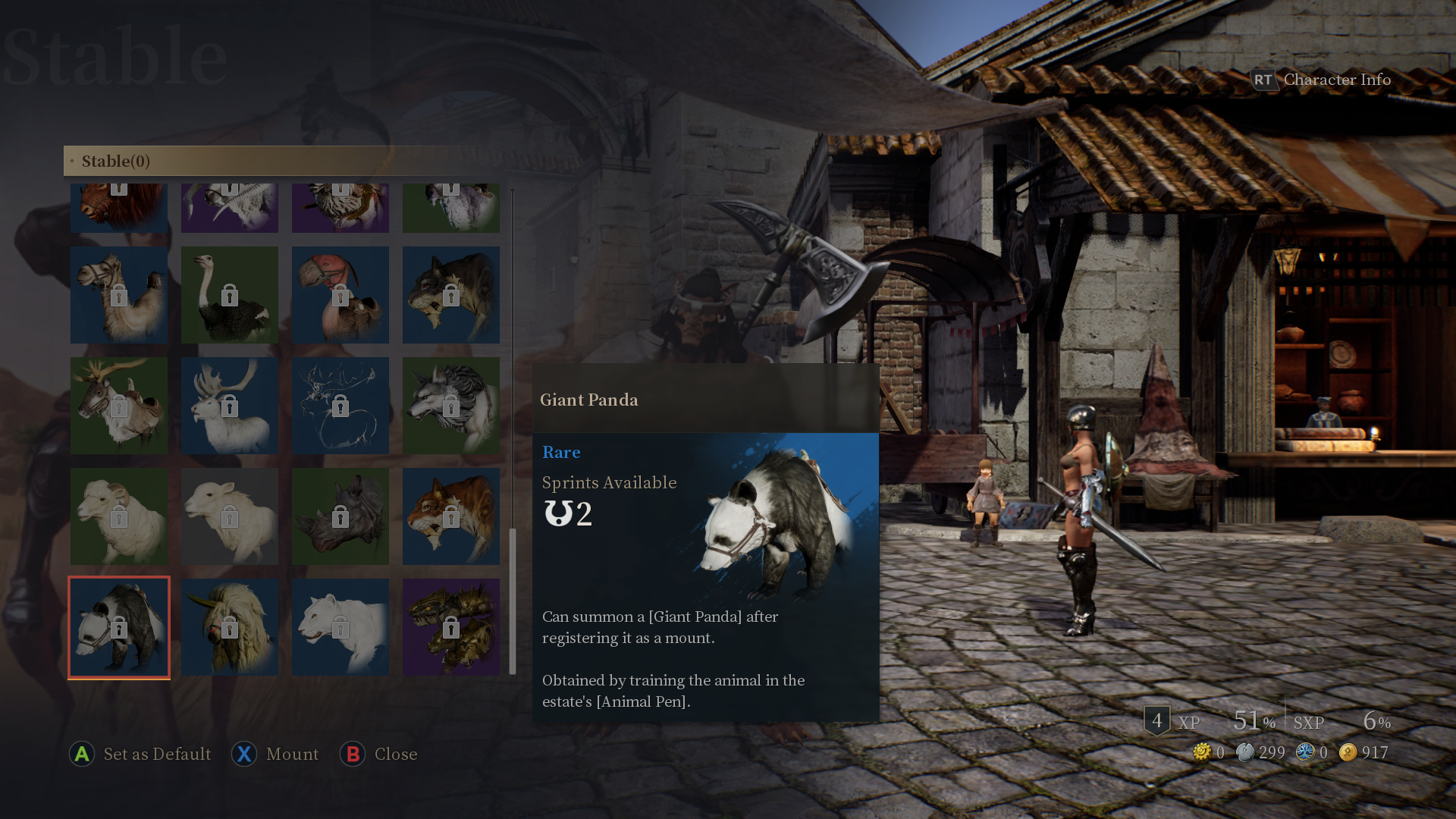 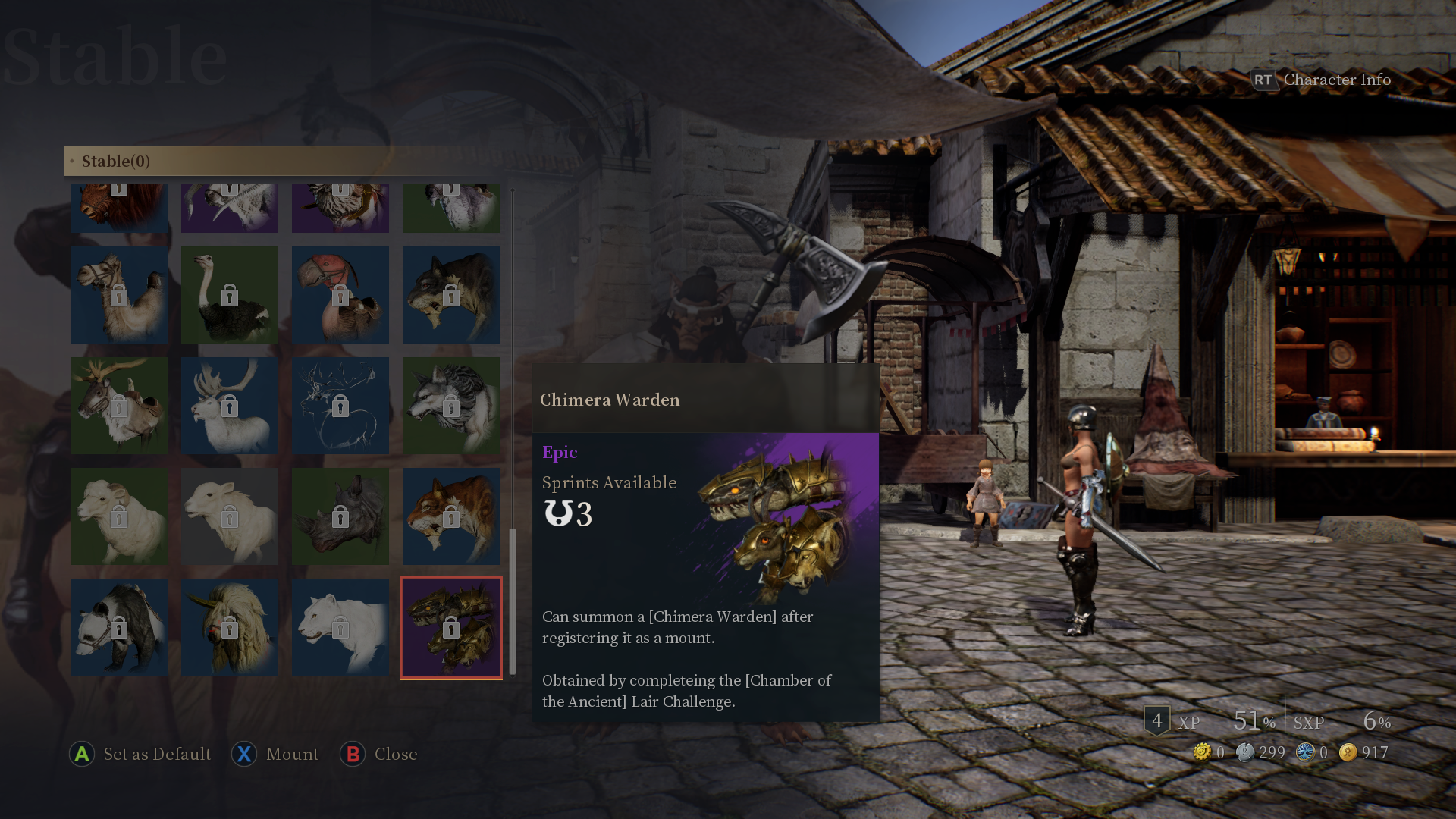 Above are some examples of the various mounts you can unlock.

Bless Unleashed also offers the ability to team up with other players to take on larger boss encounters as you will find both specially marked location bosses and bosses out roaming the landscape. The game is party friendly too and comes with both a party chat and own in game chat functionality in addition to emotes and gesticulations such as waves etc.

My only downside I experienced regularly in the 20 or so hours I have played so far is the server connectivity. When working, there are barely any load times between areas and engaging in PvP is pretty much seamless with speedy matchmaking. However, as with many other MMORPGs, there are the ups and downs at various times of day when the game will drop to a point where it has a few seconds between action and reaction. Such as swinging a weapon and it hitting an enemy. This is normally caused by the sheer volume of people online and is something quickly resolved with a server re-start which the team are really on top of when it comes to sorting out. Their pro-active approach towards issues as opposed to a re-active approach, was refreshing to see.

If you get chance to try the beta out, take a look at the special offer they have where if you link your Bandai Namco account and Xbox together, you get a free Golden Hyaenodon mount when the game is fully launched.

What overall rating would you give the BETA so far?

Based off of 20 hours of play time I am going to give Bless Unleashed a solid 5 out of 5 so far.

I am both a huge MMO and RPG fan and have been for many years. Bless Unleashed even in its current form has something interesting and unique for the Xbox One and if this beta is its current state, I can not wait to see what the final product is like.

Thank you very much for checking out the review and if you are interested and have access to an Xbox One, make sure to check the open BETA out by clicking the here.