Greetings and salutations all and welcome to another overview, this month, Stream Raiders sees us entering the Badlands for their latest special event. Now you may be thinking but Noob, this is not an Amazon Prime review, and you would be right. This… This event… Is what happens when Stream Raiders, Mad Max and the Fallout universe collide in beautiful anarchy. Without further ado, let’s jump into this!

Whilst away from their homes, fighting in the very bowels of Subterrania - great devastation has swept across the kingdom and our brave warriors - having fought through waves of crystal infused nasties, automatons and mechanical menaces. Have arrived home to find a scorched homeland where savages, warring tribes and all sorts of assorted (new) nasties have taken over. As with the previous events, there is only one way to adapt to this changing world, and that is to assert dominance through superior tactical ability and sheer numbers of equally bloodthirsty captains and their hordes of fearless raiders!

Does Badlands continue on the format from Subterrania and Awakening?

It does! Badlands continues going strong with the overworld map format, consisting of multiple battles, broken up by a mini-boss at the end of each chapter, with one final uber boss to defeat at the very end of the eleventh chapter.

Is there a battle pass?

As with the previous events, the battle pass has made a return in both its free form, which allows you to unlock gold, potions, scrolls and legendary scrolls. This time for the War Beast, Orc Slayer and Balloon Buster. And it’s paid form.

The difference between the free battle pass and the paid battle pass is that the paid-for pass allows you to unlock unique skins that are not available for purchase, to commemorate the event. And you can double your haul of gold, scrolls (both standard and legendary) and potions.

If you have not tried the paid-for battle pass before, the battle pass costs $10 (about £7) and is active for the entire length of the event. If buying the pass say partway through the event, it will automatically unlock everything up to the point you are on for the free pass. And also allows you a fourth captain slot (as opposed to the usual three) so you can join in even more battles.

Are there any new maps?

With the event having started only a few days ago, I have only been able to fight through the first few chapters, but there are indeed some new maps!

An example of two of the new maps.

For the first few chapters though, you will mainly be fighting through previous event maps such as Scorpion Treasure Nest, Undercity Forge and Dark Tunnel. Before coming out into the new maps such as Wasteland Brawl and City Outskirts. Truth be told though, if this event is like the previous, there will be many many new maps and perhaps even new boss areas as you progress further through the eleven chapters.

Are there any new enemies?

What a daft question, of course, there is. As with the previous events, it would not be Stream Raiders unless there were new, ingenious and devious things which are out to take your scalp and stop your advance cold.

The units for this event are very heavily themed around the post-apocalyptic with hunters, raiders and tanks all themed around what I would say are Mad Max and Fallout vibes. 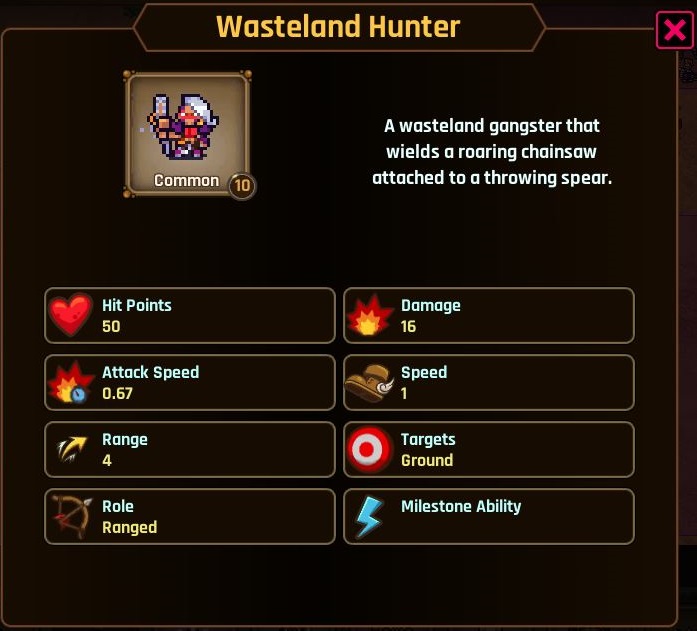 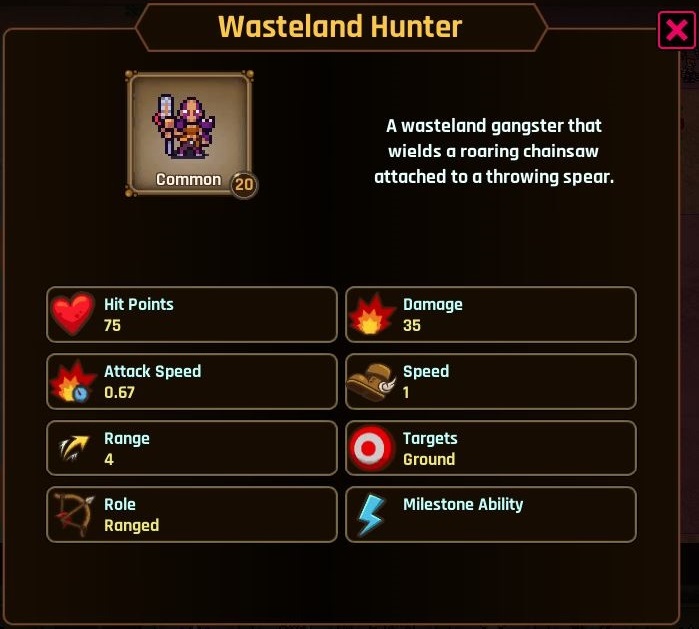 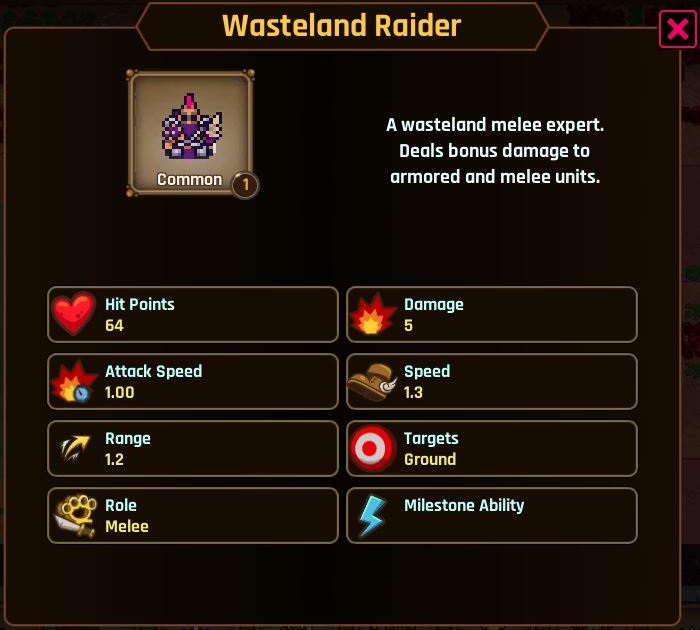 In addition to your standard units, we have the Fire Breather, who has an AOE flamethrower attack with 75 points of damage. The Anointed who throws themselves headfirst into enemy units as if they were a buster, damaging their friends and foes alike. The Fog Machine which increases how much damage you take. And the War Drum, a mighty unit that amps up their troops in the heat of battle, providing them with both an attack and speed boost of 40%. 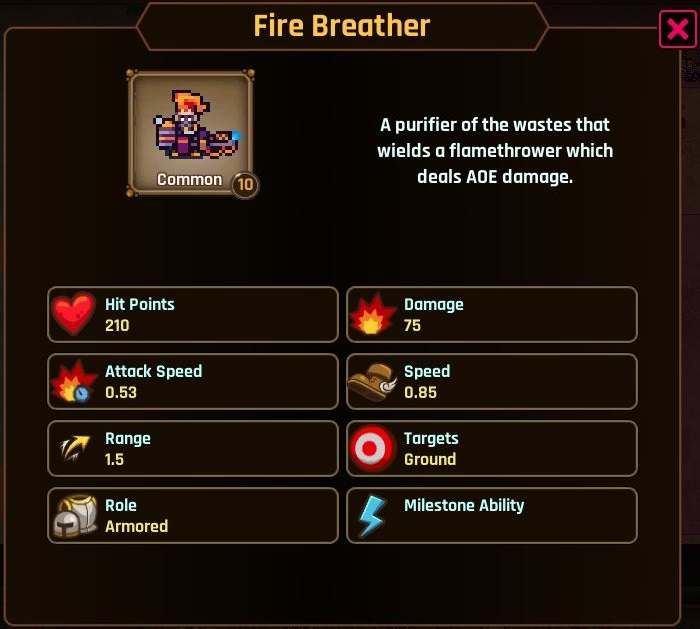 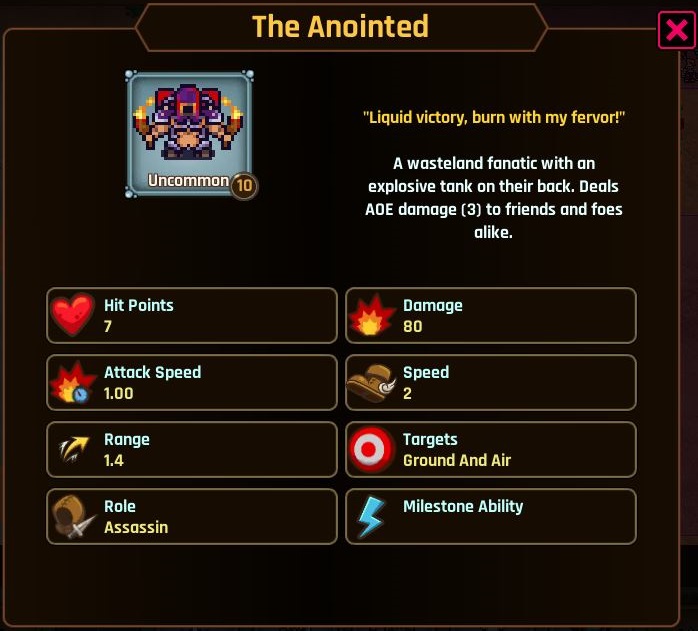 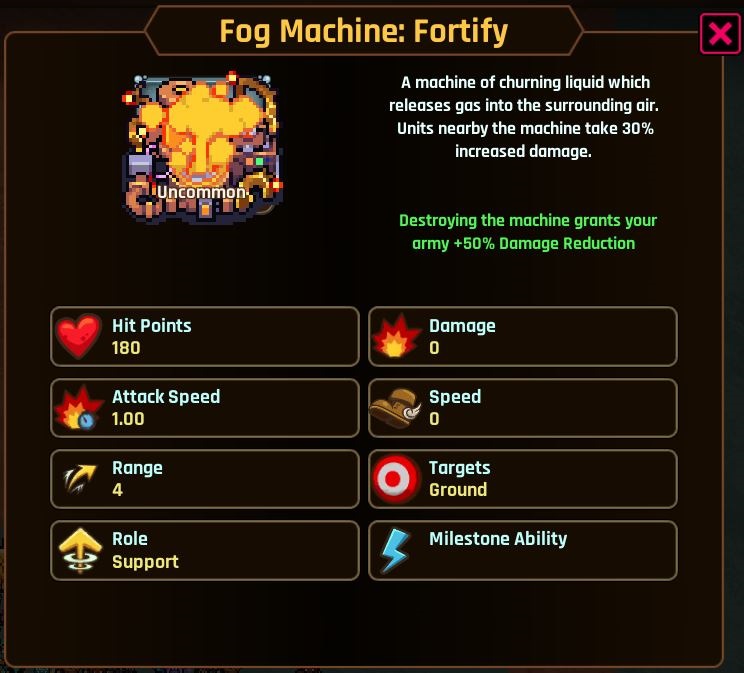 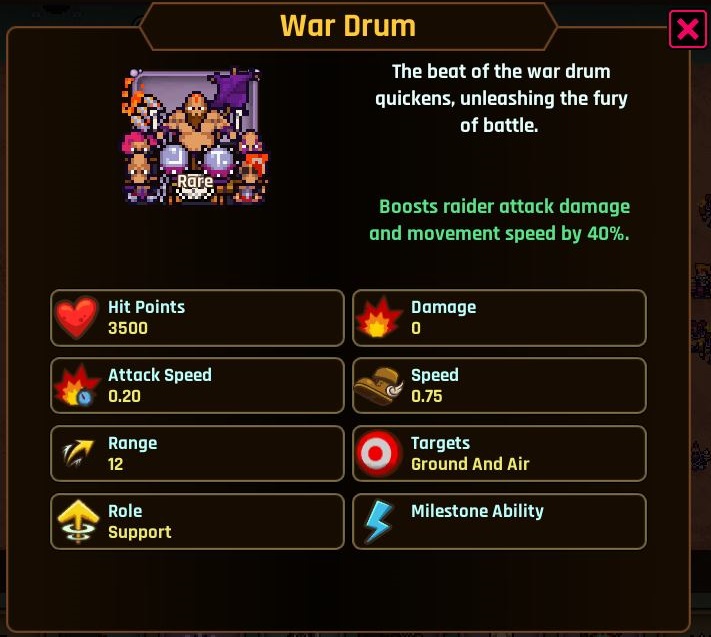 Needless to say, when fighting these new units, they take a lot of strategising to beat as sheer numbers alone will not always carry you through. As mentioned above, though, we have the return of the crystal-infused golems, scorpions and skeletons from the previous Subterrania event too for a few maps.

Have the loyalty chests returned with Badlands?

They have indeed. If you have not come across the loyalty chests before, they are a recent addition to events where when playing with the same captain(s) for three consecutive matches. You become eligible to earn a unique chest that has event tokens, event skins and large sums of gold within.

Are there any new skins for this event?

For this event, there are currently two new skins to buy, but as they are running for a week, there will no doubt be more to come before the end of the event which is running for another twenty days.

An example of the two currently available skins in the store.

In addition to these which can be purchased directly from the store, you also unlock three new skins by gifting skins to other people, whether you be a viewer or captain. The skins you can unlock by gifting are shown below.

An example of the three skins you can unlock by gifting skins to others.

And there are three which can be randomly earnt when winning the loyalty skin chest raids.

The Badlands Musketeer skin you can be rewarded from the loyalty skin chest.

Are there any other changes with this event?

Barr the reskinned UI and the changes mentioned above, there has not really been that many additional changes. However, just in case I did miss something that might pique your interest, please see below for the official event announcement taken directly from the Stream Raider discord which you can join here. If you have not done so already. And keep up to date with the latest announcements, patch notes and meet other captains and viewers.

A screenshot of the official announcement.

What are your thoughts on the event?

Admittedly having only played through a few chapters, which is comprised of about ten hours of playtime with various captains - I have not got much to go on, BUT I will say that I love the post-apocalyptic vibes the latest event gives off.

The implementation of The Anointed, a unit which can devastate both friend and foe, opens up a broad array of tactical options. And as always, the design team have come up with some beautiful skins. That are already sought after by collectors and connoisseurs alike. Personally, I think they really compliment the previous steampunk-themed skins.

Unlike last time I am not even going to take digs at the UI or maps either, I really like the colour palette, the layout of the new maps and the desert backdrops are perfect for all-out flame fuelled war.

Thank you very much for reading this far, and I hope this has been a helpful overview, to entice you into trying the Badlands event if you have not already done so. If you have not signed up to Stream Raiders, you can do so for free here using your Twitch details. And we’re always recruiting new raiders to join the Chimps of War

over on my Twitch channel which you can find here.

For now, though, have a fantastic day and happy hunting warriors!